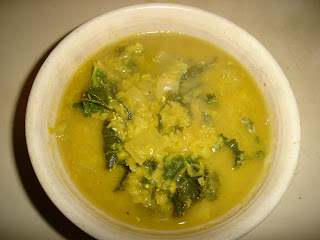 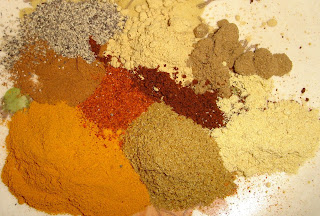 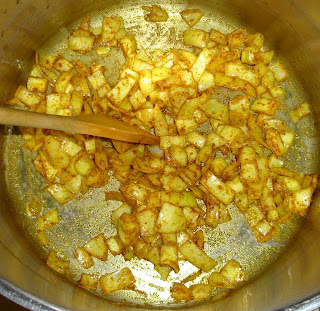 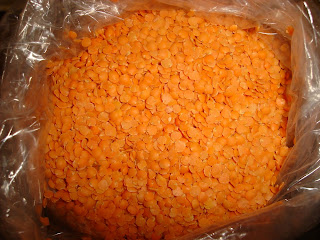 I put it back on my own stove and added some yellow split peas (since I had used up all my red lentils) and water. When they were cooked, I added some frozen, chopped spinach. Dahl 1.1. By the time I took the soup to meeting on Sunday morning, it was green. The picture above was taken of Dahl 1.0 at Wahabah's. I think I liked it better then because the split peas overpowered the gentler flavor of the red lentils.
Posted by Vonn New at 1:23 PM